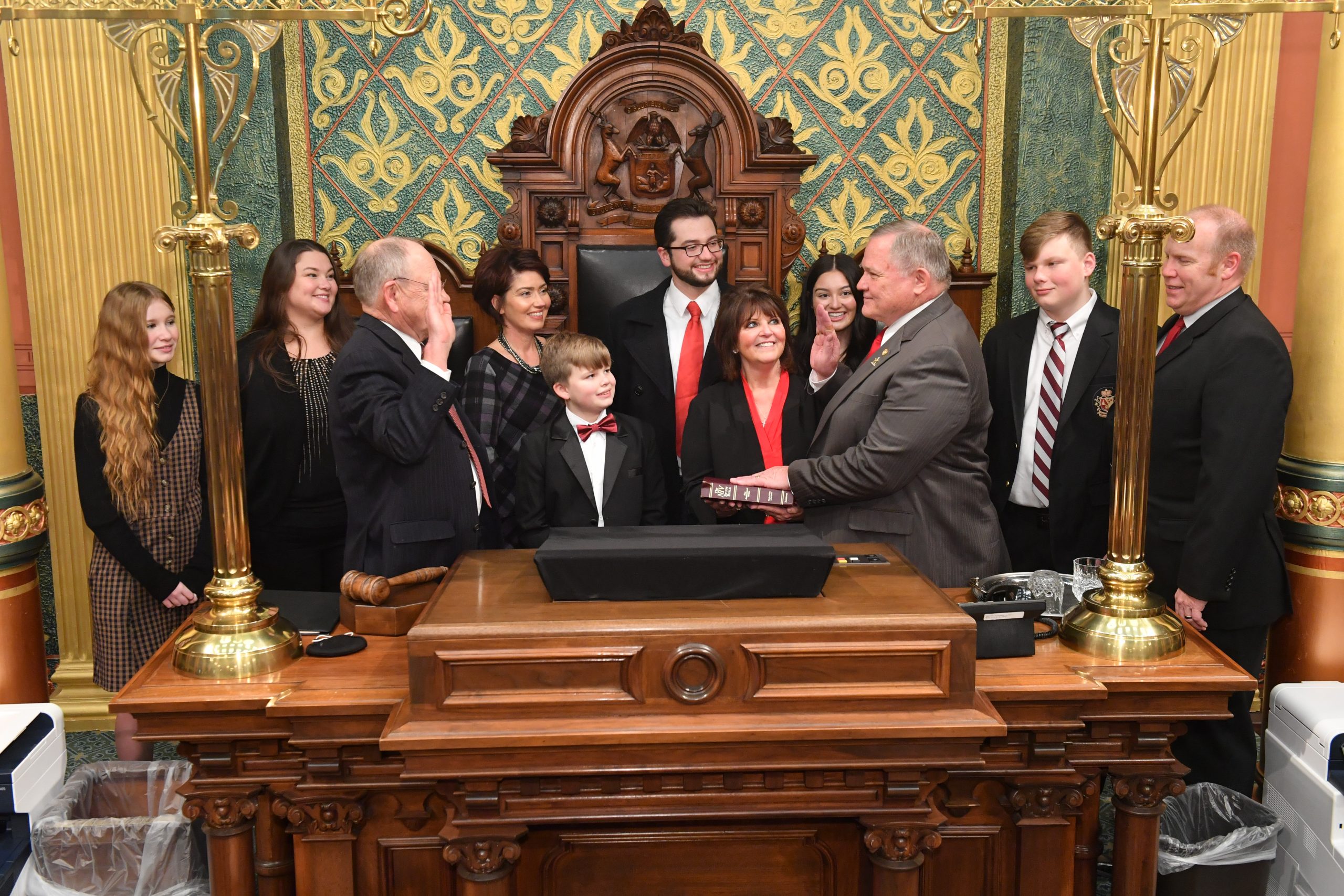 Rep. Bob Bezotte, of Howell, was sworn in today for his first term as a Michigan state representative by House Clerk Gary Randall. The 101st Michigan Legislature was gaveled into session following the swearing-in ceremony.

“It’s an honor to be officially sworn in to represent the good people of the 47th District,” Bezotte said. “I’m looking forward to joining the other state legislators at the Capitol in continuing the hard-work that’s been implemented from past legislators in our community.”

Rep. Bezotte, joined during the ceremony by family members, represents Michigan’s 47th House District. This comprises the people of Livingston County, including the village of Fowlerville, townships of Conway, Cohoctah, Deerfield, Hartland, Howell, Handy, Iosco, Unadilla, Oceola, Marion, and Tyrone, the city of Howell and part of the city of Fenton.

Rep. Bob Bezotte, of Howell, today voiced support for the bipartisan ethics reform package introduced by the Michigan House on Tuesday. The plan will greatly improve ethics and transparency laws in state government through bills that expand the Freedom of Information Act (FOIA), end partisanship during the legislative ‘lame duck’ session, prohibit legislators from lobbying out-of-state, and more.

Rep. Bob Bezotte, a former Livingston County sheriff, has been selected to serve on the new Task Force on Forensic Science by House Speaker Jason Wentworth.