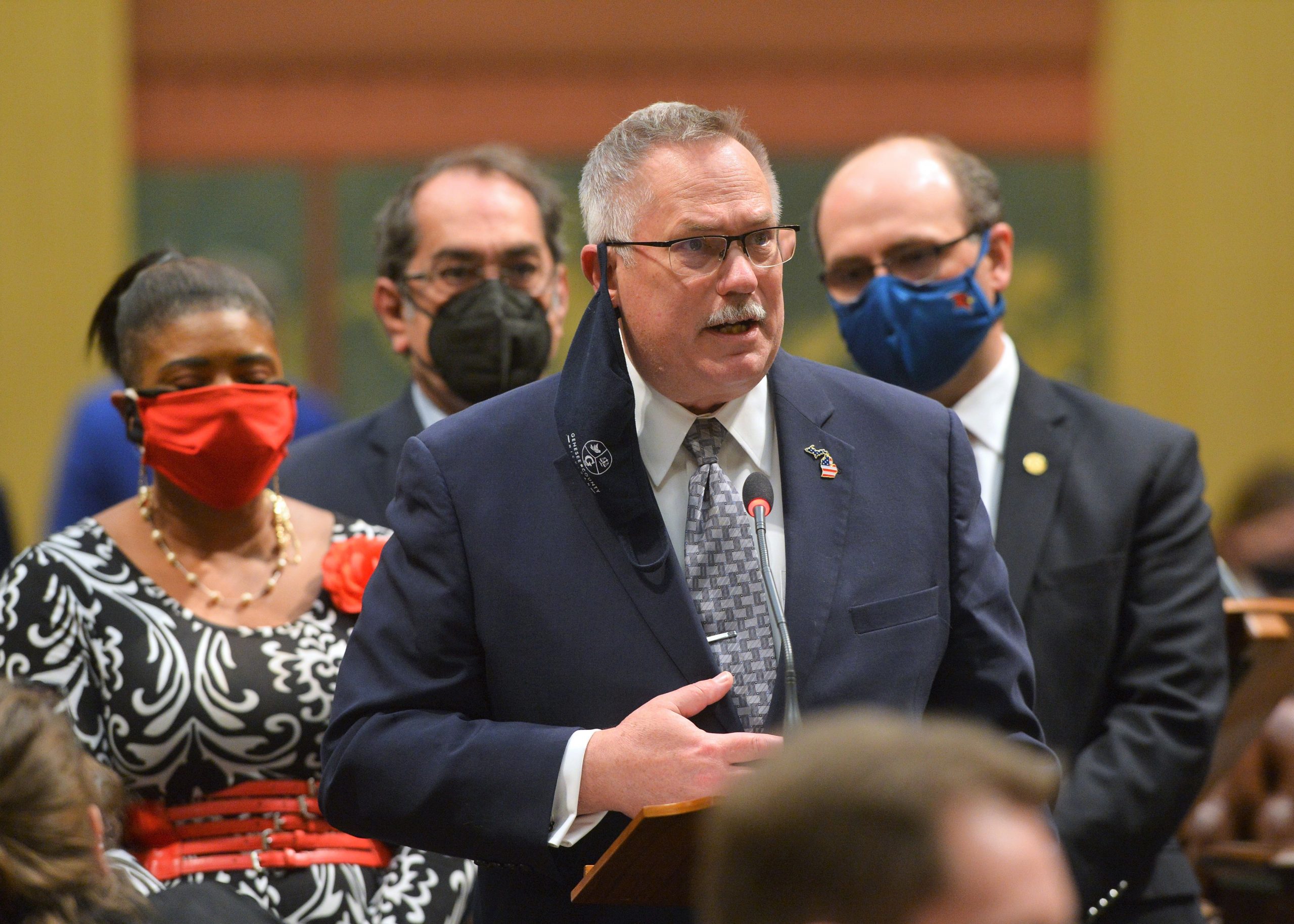 State Rep. David Martin of Davison gives a speech at the state Capitol Wednesday, urging support for his resolution standing up for the children and families of Flint who are affected by the Flint water crisis and pushing back against the exorbitant amount requested as attorney fees in the proposed settlement of a lawsuit brought by residents. Of the proposed $641.25 million settlement, attorneys have requested $202 million in legal fees, 31 percent of the total settlement amount. Martin is joined by fellow Genesee County representatives Cynthia Neeley, Tim Sneller and John Cherry. Reps. Mike Mueller and Ben Frederick also co-sponsored House Resolution 56, which was adopted by the House on Wednesday following Martin’s speech.